I prefer to own two cars with one being the “fun” type and the other being used for boring city and winter use. My “fun” car used for most of my road trips is a 1991 Honda CRX running a custom built B18C1 engine from an Acura Integra GSR. 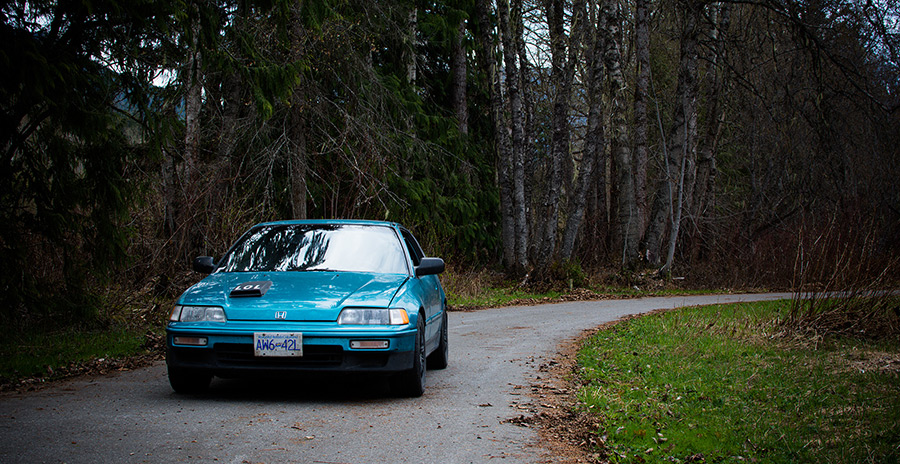 While I do have some complaints such as how uncomfortable it becomes driving this in temperatures above 30C, the raw driving feel of this car makes it fun to drive. As the car is used primarily on the highway, I went with the longer gearing of the Integra LS transmission. I also didn’t want to get stuck with a high mileage cable transmission so the car is running a hydraulic transmission with the Hasport CMA kit, adapting my clutch cable to a custom mounted S2000 clutch master cylinder. I found that this setup is not happy when engine bay temperatures start to get hot under hard driving conditions, so the hood scoop directs air to the clutch hydraulics which has mostly solved this issue. I’m sure there’s a better solution but this one cost me zero dollars.

My daily driver / winter beater is currently a 1998 Toyota Camry. There’s nothing special about this car but it only cost me $1200 and the police ignore it completely.

I’ve owned a number of cars over the years, but my favorite of them all is a 1988 Honda Prelude as this was the car which got me into road tripping and learning the mechanical side of things. Here’s a complete list of my vehicle ownership: